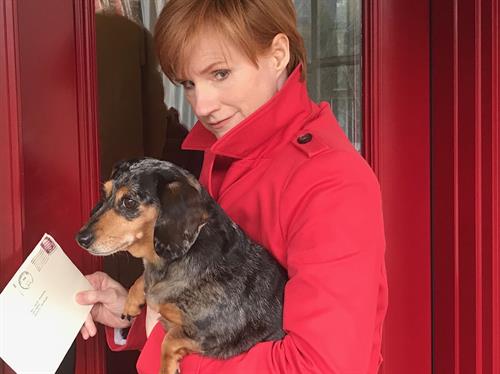 Melody A. Johnson in Person of Interest
Event Description:

Written and performed by Melody A. Johnson with additional dialogue by Eric Woolfe

“A play about learning to hate your neighbours instead of yourself!”

Inspired by the true story of an event that happened on Johnson’s street in Little Poland, Person of Interest is a one-woman tale of a neighbourly dynamic gone wrong. Horribly, horribly wrong.

Typecast as a “housebound loser”, this is the mostly true story of an actor driven to the brink. Person of Interest is storytelling at its best, told simply and skillfully; this original play will strike a chord with anyone who has ever lived, loved or battled with neighbours.

“Endearingly Puck-like, full of energy, mischief and irreverence for the mundane, but genuinely wanting to get along, Melody weaves this sometimes shocking tale of neighbourhood warfare with candour and an edgy sense of fun.” – Cathy McKim, Life With More Cowbell.

“The performance is seamless. Johnson powers through with not an ounce of apprehension. It’s very cool to watch…a fun, quirky and clever night of theatre…” – Jennifer Enchin, Mooney on Theatre

“Melody A. Johnson proves once again, she is the kook supreme of the Canadian stage…I truly would pay money to see Johnson read the phone book…” -Richard Ouzonian, The Toronto Star